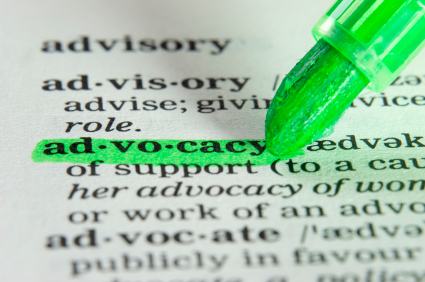 Advocacy groups today have an unprecedented ability to continuously monitor and adjust campaigns in real time to focus and motivate supporters.  This ability stems, not from the simple availability of real-time digital communication tools, but from the ability to dynamically evaluate each advocate engagement and tweak campaign strategies and messaging based on the success or failure of those engagements. Each engagement platform generates a basic set of baseline reports, but that data is just a peek in the window compared with the full range of what is available. Every digital campaign possesses its unique, mission-critical characteristics and the real-time data collected and analyzed in support of a campaign should be customized with the campaign goals in mind. The analytics must be relevant and centered on the campaign’s particular audience and advocacy goals. For advocacy success, real-time campaign analytics need to hone in quickly on three key metrics:

At its most sophisticated, campaign analysis recognizes the complex interplay among these data streams. For example, imagine you’ve launched some new messaging that everyone on your team was sure would be a strong motivator to recruit new advocates to your campaign. Instead, the messaging appeared to fizzle. Meanwhile, an apparently weaker message seems to be getting some traction. Why? Perhaps your team misread your audience – a resonance failure. Or perhaps your weaker message simply made it to the right platform at the right time. Scrapping the new messaging could be a costly mistake if your timing was simply off, but if resonance was the problem, persisting with the new messaging may be a waste of resources. Now take the same example a level deeper. After studying the appropriate analytics, you’ve determined your problem was timing. Based on that information you’ve re-launched your new messaging and it’s been a rousing success. You’ve engaged thousands of new advocates. In doing so, you’ve also changed the nature of where, when and how they engage with you. Ideally, they are now congregating and engaging on a platform of your choosing, where you can closely monitor when they are most active. You’ve forged a relationship, and now it must be managed. Advocate relationship management requires yet another set of data streams, another set of analytics, all centered on reaching your organization key performance indicators — or KPIs.  Just as simply building a website does not ensure site traffic, simply recruiting advocates does not ensure ongoing advocacy success.  The most sophisticated advocacy organizations have a carefully planned engagement calendar in place before launching their initial recruitment efforts.

The good news for advocacy organizations is that social media and digital communications platforms are rapidly responding to a need for more precisely refined data. As they seek to better define their own market value in the mediascape, these platforms are developing a keener understanding of the data and tools advocacy groups — and brand marketers in general — require to achieve their campaign goals. Propriety tools such as DominionIntelligence™, DominionConnect™ and The Opinion Leader Network™ translate that data into the campaign-tailored, actionable analytics advocacy groups need. The end result is an array of powerful new tools to motivate supporters, build issue-awareness and make meaningful real-world change.