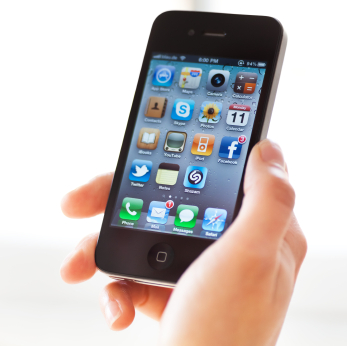 Having spent the last 20 years finding, understanding, and communicating with opinion leaders, it’s become clear that the traditional definition of “opinion leader” has undergone a significant transformation.  With the development of a more diverse and fractured media environment, opinion leaders have been increasingly establishing themselves in niche areas with a growing level of influence on these areas.

The rapid development of communications technologies has been at the center of this change, so it’s no surprise that in the first standalone measure of smart phone usage, the Pew Internet Project gathers some interesting data that shines a light on this.   In a national telephone survey of adults conducted April 26 – May 22, 35 percent – over one-third – of Americans report owning smart phones.  These Americans access the Internet or email on phones (87%), which includes two-thirds (68%) who do so on a daily basis.  Twenty-five percent responded that they mostly use their smart phones for accessing the Internet rather than their desktop or laptop computers.

When separated by demographic group, higher levels of smartphone adoption were seen among the financially well-off and well-educated, non-whites, and those under the age of 45.

Seeing clear evidence of these trends over the last several years, we adapted the Opinion Leader Network , our proprietary online advertising network for advocacy campaigns and premium brand advertisers, to increasingly focus on mobile devices to reach opinion leaders.

The rate of adoption of mobile devices among opinion leaders shows no sign of slowing and the OLN is staying in front of the trend.