With the opening of the 114th Congress and swearing-in of the new United States Senate this week, we’re happy to announce this cycle’s election prediction winner(s).  This cycle we had a tie! One week before the election, both winners outperformed other entrants by picking the most winning candidates in the ten most competitive U.S. Senate races of 2014. 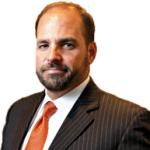 One winner this cycle is Jeff Loveng, CEO of SBL Strategies, a government affairs firm based in Washington, DC.  Prior to co-founding SBL Strategies, Jeff served as Chief of Staff to Congressman Bill Shuster (R-PA), working closely with Rep. Shuster on Capitol Hill for five years. Prior to working for Rep. Shuster, Jeff ran FirstEnergy Corp’s Washington office and served as a federal government affairs manager at GPU Corp. Congratulations, Jeff!

Our other winner this cycle is John Funderburk, Director of Advocacy at the Alzheimer’s Association.  John is also a Washington, DC veteran, having served in the Clinton White House, as an aide to Secretary of Education Dick Riley, and as a staff member for Sen. Fritz Hollings (D-SC). Prior to directing advocacy efforts in the fight against Alzheimer’s, John was a Regional Political Director at the American Medical Association. Congratulations, Fundy!

Thanks to all who participated.  Winners will get their choice of a case of Port City beer or 3lbs of RiseUp coffee. It’s too early to start talking about 2016.  But we look forward to seeing everyone’s predictions in the fall of 2016.